Steve Webb  came along to the Social Liberal Conference to give the William Beveridge lecture. As Minister for Pensions and a Professor of Social Policy he is eminently well qualified to do so. He has the advantage of having read Beveridge rather than just assuming he knows what the great man thought.
I should begin by saying that there is a Southport connection with Beveridge as he made clear in a letter  to Robert Martin the Liberal candidate in the 1945 election 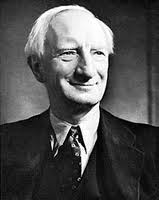 'I am more than sorry not to able to visit Southport during the Election because I will miss re-visiting one of the scenes of my childhood. With my sister I was left for three years in a small school in Southport from an age of 4 to 7 whilst my parents were in India. If, as many psychologists say, these are the most critical formative years of life, then Southport is largely responsible for everything I had done, including the Beveridge Report!
Judging by the account given by his biographer Jose Harris he was non too happy at is Unitarian boarding school, he certainly complained about the food!
Steve arrived in time for lunch over which he met several bloggers almost  all of who have been quicker than I have in writing up their impressions. We began with the normal pleasantries .( England were seven wicket down when he got off the train but by the time he arrived at the Quaker Meeting House they were all out- which tells you a bit about the batting of the England tail enders in the 1st test. As I write this on the second day of 2nd Test they have performed much better. All this would no doubt have been of interest to at least one Social Liberal of a previous generation as John Arlott is listed as a member of the Radical Reform Group, see my other posting on the SLF conference)

There was a interesting range questions from a diverse group. They ranged from the party's appeal to young people, the rip off of tax relief on mega pensions, bedroon tax , Mental Health and the job centers, living wage,differentiation from the Tories and much more besides. Caron Lindsay has already blogged on this  far better that I can manage.

I have been pondering for some time about how we finance social security. Across Europe citizen's have lost confidence in the state as the funder and provider of welfare. Frank Field has been posing questions about this for some time most recently in a letter the other week:

Letter published in The Guardian on Tuesday 2nd July 2013:The coalition benefit cap offers Labour another opportunity to leapfrog the welfare reform agenda (Few rows, no rebellion: how Osborne and Co quelled dissent on spending, 28 June). By opting out pensions from the cap, and JSA contributory benefits, the chancellor's made the key distinction between national insurance and means-tested benefits. Here lies the opportunity.Voters are increasingly unwilling to give support to a something-for-nothing welfare. They strongly support the gaining of welfare on the basis of contribution. We must build on this distinction.Welfare needs more, not less money. We are living longer and making greater demands on pensions, health and social care. These are three areas of welfare that should be financed by insurance. Contributions would come from graduated national insurance payments, and by function, ie by performing roles, such as caring, that taxpayers wish to see encouraged.But the new money must be ringfenced. Voters are unwilling to agree more contributions on the old contract, with politicians getting their sticky fingers on to their funds. Labour should propose new national mutuals covering each of these three areas and mirroring the John Lewis Partnership form of governance.


The point is underlined by research published by YouGov following a large poll conducted across UK, Germany, Sweden and France. Writing on their website Peter Kelner sums up the the findings :  Millions in all four countries no longer think left-of-centre parties care about them; and most people now reject the notion that governments are any good at solving social problems.

Our survey shows how this is now threatening the post-war consensus. We asked people to consider the taxes they pay, and then all the services and benefits they receive from the state. The responses are stark.
In many ways Beveridge foresaw these problems. He was angry with the way that the Labour government implemented  his proposals. In particular he thought that Friendly Societies should play a major role in 'humanising and personalising' the day to day management of social insurance. He told the House of Lords that the method adopted by Labour ' sent a chill down his spine'

As Steve pointed out in his lecture Beveridge's plan was a 'something for something' plan, an insurance, a minimum upon which citizens built. This reflects his dislike of the term ' welfare state'. He certainly gave a hard time to those who came before his committee and used the term. He preferred 'Social Services State'-giving priority to duties rather than rights. 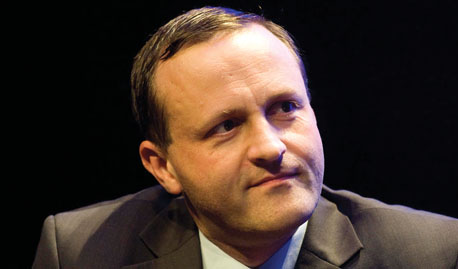 Beveridge saw in the role of the Friendly Society visitor not just a guard against fraud but also and more importantly 'personal assistance and sympathy to the sick, bereaved and dying and thereby maintaining variety and from variety will come experiment, individualisation and more humanity. ' You can see by the bureaucratic fabian mind rejected such notions. He went on, 'anything as big as the civil service' (which in 1945 was minute compared with Steve Webb's present day department) 'merely because of its size tends to become inhuman'

And so it was that I came to ask Steve whether given Beveridge's concern's and the loss of public consent, if we wanted to lever more resources into social security did we had anything to learn from the Friendly Societies.

His first response was that there was a modern day equivalent in NEST. (The National Employment Savings Trust) A low cost, not for profit agency designed for people for whom the market has not delivered -the default pension scheme especially for those whose employers are not interested.

The discussion moved on and I suggested that had Friendly Societies still been a force in the land-focused on serving their members rather than profit-they may well have come up with an insurance product that would have funded care in old age for example. Steve didn't dissent from that though he was concerned about the scale required for that to work. Now that long term care costs are (at last being capped by the government) Steve said that he and Norman Lamb -who was also at the SLF conference-had met with the insurance industry to discuss establishing products that could fund care. I am sure that is true and desirable but I cannot help but feel that a member owned scheme rather than a PLC would be a better option. 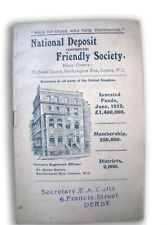 Peter Wrigley was next up, he blogs as the Keynsian Liberal and he began recalling happy memories of taking his family's three shillings to the National Deposit Friendly Society at the local Temperance Hall on a Friday night.  Peter question about the massive amount the state pays to subsidise mega pensions was very well made and is reported in full on his blog. Like him I fail to see why we should be paying out £35 billion a year so much to the already well off. This is a benefit attracting tax relief at the higher rate but when paid out as income is normally only taxed at the standard rate.

Mark Pack returned to the theme of decentralsied, localised solutions to welfare reflecting that much of Steve's work-although characterised by a competence unusual in government- is not characteristically liberal, Even NEST is a nationally established body making its payment in line with a nationally agreed formula almost a little reminiscent of Gordon Brown.  I was interested her hear that Steve felt that if we were running the Work Programme ' it would much more focused on local providers rather that in the large centralised providers providers have taken most of the money and the locally based charities haven't had much of a look in. Local providers have become 'bid candy' in so much as there contribution is up in lights when the big contracts are bid for but in reality that have not been rewarded nor has their contribution been maximised.

It was good to hear a Liberal Minister speak so openly about the need to do things for the 'people the market has failed'. It was also good to hear him so robustly defend social security and assert that the isolated extreme examples of abuse have little to tell us about the system as a whole. I see Labour only polled 7% in his seat last time out. I'm sure he will remind his electors next time that it was a Labour spokesman who introduced the cruel and inappropriate language about scroungers into the political debate, remember 'Labour, the clue is in the tittle, we are for the workers not the shirkers'.  Now who said that?