The very kind and generous Caron Lindsay wrote: The sort of blog post you want to learn by heart. Pure brilliance. A must read. That is all. .

Towards the end of the SLF's Manchester conference, held again on the Saturday closest to Bastille Day, Michael Steed stood up to speak. He was introduced by the Chair, Gareth Epps, as a past President of the Liberal Party. Michael reminded the conference that he and I had been in 40 years ago when he was the candidate in the Manchester Exchange by election - he came within 2000 votes of winning. Now that is a thought to conjure with; what impact would he had if he'd have won ? (I know with an absolute certainty that the deluded, self deceiving analysis of the recent county election would not have gone unchallenged. For my generation Michael was the Psephologist of choice. Slogans, no matter how often they are repeated , cannot eradicate the hard electoral facts) 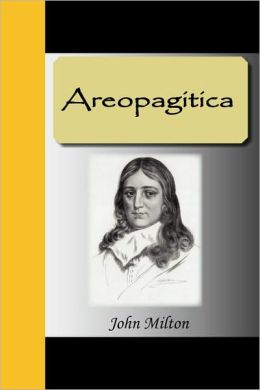 Steed recalling that long ago by election set me thinking. As President he had received a copy of Milton's Areopogitica-the symbol of his office- and it was to Milton that another radical turned when he wanted a representative of an important and often neglected strain of thinking in British politics. In his excellent book 'The Strange Career of British Democracy' David Marquand argues that Milton shaped three great themes of English popular politics: 'republican self-respect as opposed to monarchical servility, engaged civic activity versus slothful private apathy, and government by challenge and discussion rather than deference or conformism.' This is at the heart of our political creed. We stand for a decentralised participatory democracy in sharp contrast to Fabian paternalism, Whigs, and Tory Nationalists.

Since climbing the staircases of  Manchester Exchange-incidentally the place where Steed, Viv Bingham and I met Marquand in the lead up to the Alliance formation-there have been many Radical conferences. I recall Toynbee Hall when Harry Cowie, Jo Grimond's famed head of policy spoke, various London colleges and the bowels of Westminster Cathedral when (if the truth be told we were all a little frightened by David Owen's adoption of an early version of a New Labour agenda and the ruthless way that he was pursuing it in stark contrast to Steel's comparative sloth). It was at the Westminster Cathedral event that I sat on the floor at the back of the hall and half apologised to Marquand for the wariness with which many Radicals greeted social democrats. We were defensive and felt unloved and unwanted. There were many of the Right of Labour with whom we felt very uncomfortable. At that stage even the best of the social democrats were not natural champions of decentralisation and active participation and their history of supporting Polaris and Trident set us apart. We had failed to recognise that we did have a shared agenda around social justice. The truth is, now we can see with an awful clarity, that we must work together in the face of those for whom social justice matters far too little. This is a topic to which I shall return when I get to my interview with Steve Webb.

In the final session at Manchester important concerns were raised about the economic policy motion submitted by Alexander et al to the Lib Dem conference in Glasgow. People are right to be concerned. It is no part of our job to become apologists for Osborne's economic policy. In a coalition there are inevitable compromises. When you only have 1 in 5 ministers you certainly aren't going to win all the decisions, but a manifesto is something else. It is our opportunity to say what we would be if we were unencumbered by Osborne and madmen on the far right. It is our chance to give hope by describing the society we wish to help build when we have passed through this vale of tears.

Much the same challenge face the Radical Reform Group (RRG) in the 1950's and 60s. They were the social liberal pressure group who took on the likes of Oliver Smedley and Arthur Seldon . When a man as essentially decent and reasonable as the late Desmond Banks asserts that he is concerned that there are 'cranks who want to turn the party into an economic sect'  you realise the challenge they faced.  Under the less than energetic leadership of Clem Davies, Social Liberals like Desmond Banks feared that the party was falling unduly under the sway of  well funded, classical free market liberals and was drifting to the right. Stop me if this sounds familiar. Then, as now, the bulk of party members were social liberals-including cricket writer and broadcaster John Arlott who was a member of RRG.


..........renewed activity on the left of centre  where all good Liberals should be  (News Chronicle Editorial-Left or Limbo)

Graham Lippiatt in an article in the Journal of Liberal History writes: Radical Aims: A statement of policy by the Radical Reform Group, which was published in 1953 or 1954, recalls the reaction to Labour’s post-war socialism and how that led in the Liberal Party to the ‘increasing influence of a school of “laissez-faire” apostles who but a few years ago were regarded as a lunatic fringe’ seeking to revert to the philosophy of Herbert Spencer.


The RRG championed the Grimond strategy of realignment of the Left and openly targeted members of the Labour party. Three election defeats on the run and a Labour Party tied to Clause 4 and the Unions made many progressives in the Labour Party uneasy. The programme RRG put forward--Full employment, industrial democracy and profit sharing, social welfare without socialism, an early statement of what today would be called green politics, a new post imperial understanding of Britain's place in the world etc was the basis of that appeal.

'As of right, wealth and income must be more equally shared …’

Co-ownership was an idea ‘as hostile to monopoly capitalism as it is to socialism since it aims to distribute instead of concentrating political as well as economic power’. Workers would become citizens of industry, not merely hirelings of private employers or of the state.


In all the writing and thinking in the Liberal Party the central proposition that marked them out on the centre left was the belief in co-ownership. For Liberals it extended their commitment to the diffusing power in the political sphere into the economic one.  It was a check on unbridled markets as the interests of workers was for long term sustainable businesses not short term returns for shareholders. It contrasted with Crosslands's view that divorce between legal ownership and actual management was a good thing, largely as a result of absentee institutional shareholders, it rendered obsolete the emphasis on state ownership.


The market collapse of 2008 was driven by management-whether in industry or the banks-focusing solely on increasing share holder value and taking excessive risks to do so. This was made possible by the disinterest or connivance of institutional shareholders. The Liberal version of active, participating employee owners could not be more stark. It was relevant in the 50's and 60's and is so today


Social Liberals have always understood that in a market economy the state has an important role to play. We may have to re-invent how that is done in a globalised world dominated by multi national corporations, but leaving it to the market as the “laissez-faire” apostles who but a few years ago were regarded as a lunatic fringe’ is not the answer .

David Marquand  made a related point:

The trouble is that capitalism's untaming has given destruction too much scope: that the gains made by a few have gone hand in hand with mounting insecurity, dwindling commitment and spreading anomie among the rest. If the emblematic figure of the 1960s was the affluent worker, today's are the redundant middle manager, the driven contract worker and the excluded, anti-social, inner-city youth. All of these portend a desertification of the culture that threatens to choke the springs of mutual loyalty and trust on which free societies - and, for that matter, market economies - depend. 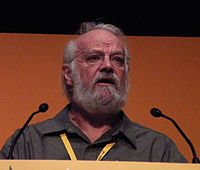 I was a student when I went to helped Steed at Manchester Exchange. A decade before that Michael had gone to help at another, more famous,  by election Orpington. Whilst canvassing he stayed with the Seldon family. William Wallace recalled the occasion and the events surrounding it in a letter:

The group of free-trade Liberals that included S.W.Alexander and Oliver Smedley had drive, financial resources, and a clear sense of Liberalism in a libertarian, minimum-state interpretation. The almost anarchic structure of party assemblies allowed for such groups to exert real influence.
RRG, as I recall, provided the most coherent alternative definition of Liberalism – much closer to the radical Liberal tradition, and to the nonconformist beliefs which a high proportion of its members held. It helped enormously that Jo Grimond as leader was naturally sympathetic to the RRG perspective; but the existence and activities of RRG, and the arguments of its members on the Party Executive, made Grimond’s task in reorienting the party much easier.

Joining the party in 1960, I caught only echoes of the arguments that had convulsed the then-tiny part in the 1950s. My future father-in-law, Edward Rushworth, had for many years been both a member of RRG and of the party executive.

He made little distinction between being a Liberal and being a teetotal nonconformist; his instincts were anti authoritarian and socially egalitarian.

In the 1962 Orpington byelection Michael Steed and I stayed for a week with the Seldon family while canvassing; Marjorie was an active party member, but her husband Arthur had ‘left the party over free trade’ and was engaged with others of that group in finding an alternative vehicle for their ideas – which became the Institute for Economic Affairs, through which free-market liberal ideas later influenced Margaret Thatcher and her advisers.

We are indeed fortunate that the RRG 'took on' the market fundamentalists'. The party would not have been a fit place for social liberals if they had not done so. It seems that we face a similar challenge today.